So I do have new pictures to post from Spain/Christmas but it is such a daunting task I try to steer clear of my blog so it doesn't throw me accusatory glances. I took 305 pictures while we were there and I put around 100 up on Facebook. I'm going to put much less up here. :)
In case you didn't know, my parents are living in Madrid and we went to visit them for Christmas. Gabe did great on the 16 hours flight there, and I think he would have been good on the flight home but he got an ear infection. Yuck. It really was such a fun trip! We loved it! 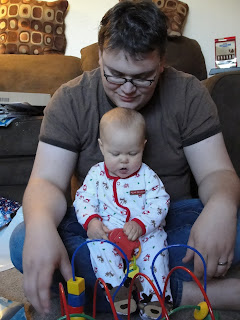 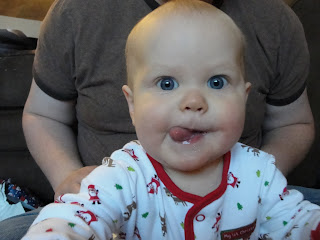 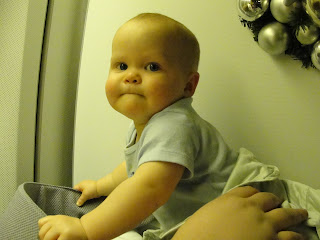 On the flight to Madrid, in his Luftansa bassinet 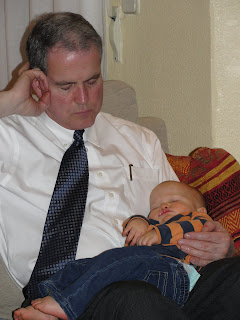 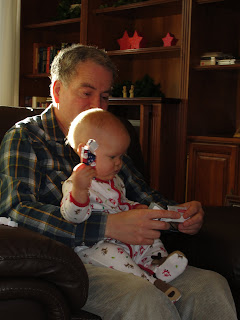 Opening presents for our second Christmas 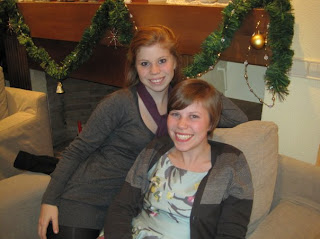 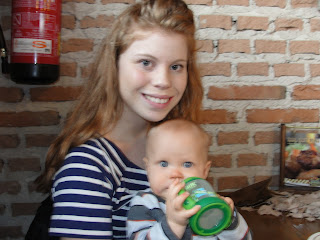 Emma and Gabe at Ribs restaurant. Ribs is "authentic Texan BBQ". In the middle of Spain. 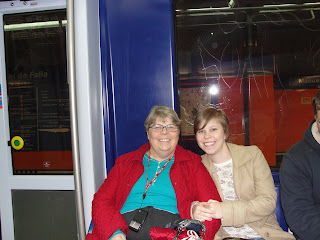 On the metro going into the city 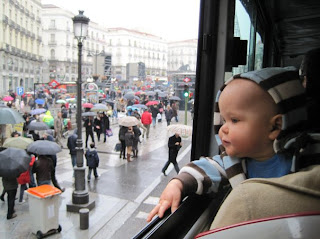 On the double decker bus 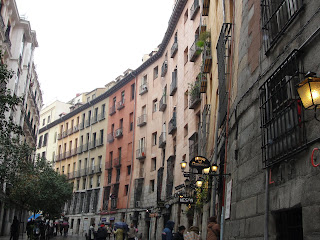 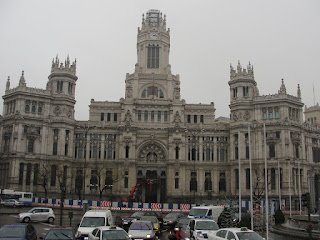 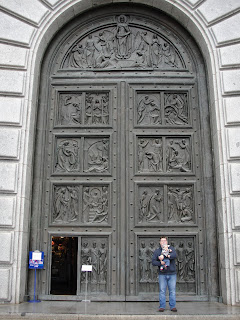 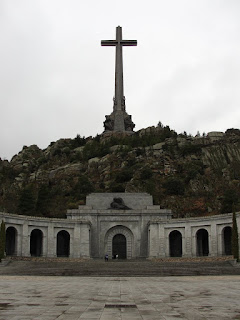 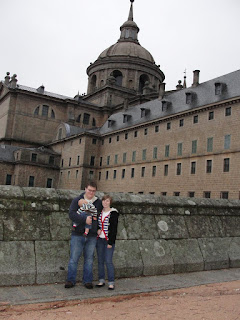 El Escorial, the palace of the Bourbons and the Hapsburgs. 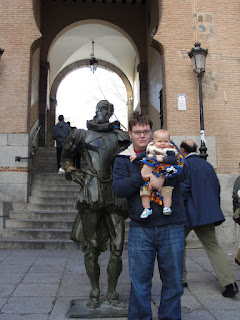 In Toledo, posing with Cervantes. 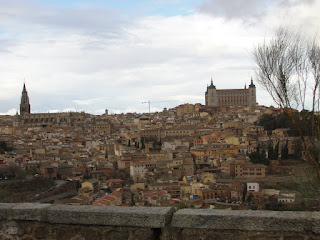 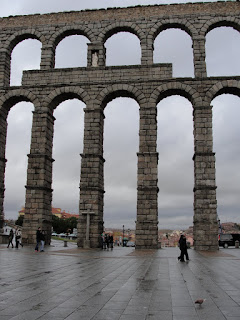 The Roman aqueducts in Segovia 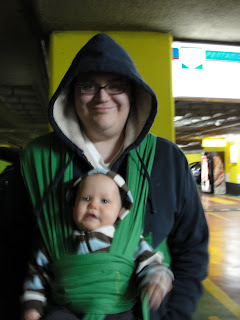 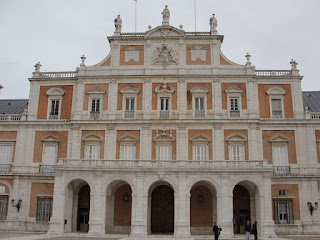 The summer palace in Aranjuez 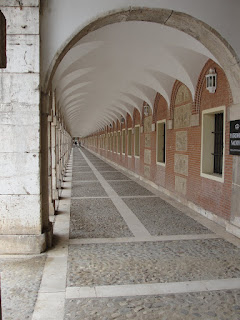 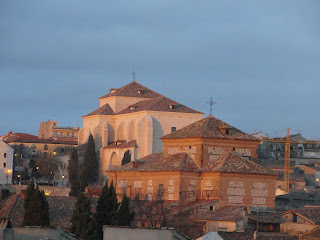 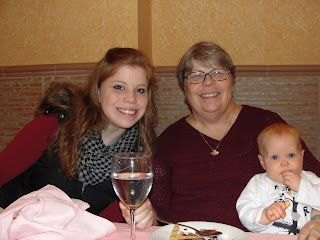 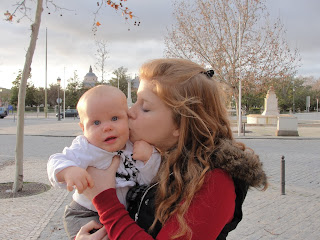 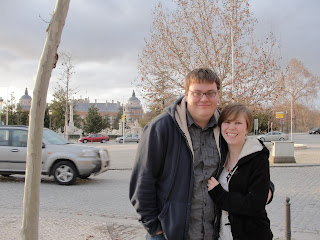 YAY! That many pictures is a daunting task, I do not envy you! But thanks for posting! I love so many of them... Gabe with his tongue sticking out, Gabe sleeping with your dad, kisses from Emma...

We had such a good time! So glad you came!! Wish I could squish that baby right now! We miss you, too! je je je Thanks for posting the photos. My favorite is the tongue!

Great pictures. I've seen some of them but love seeing them again.

wow wow wow!! I gotta find me some money to go and visit Spain while your parents are there! It looks so great! Love the one with Gabe sticking his tongue out! I hope Grandma, Grandma and Auntie Em had such a great time with you guys!

ps that was Shayla

How fun! And I love your short hair. It compliments your face so well!!

spain? i had no idea! what are your parents doing there? it looks like it was fun though and what great pictures. let us know if you come into town!