These needed to be done! Not a lot of pictures taken because our Holiday season was pretty laid back. Spent Christmas just the three of us and then had a small brunch at our house. Late that night, Emma arrived and stayed for a week. We had friends over for games, watched a lot of movies/tv, Emma cleaned my house... :) It was wonderful.
Nate's brother Daniel got us Nerf guns and Nate was threatening Gabe's life... 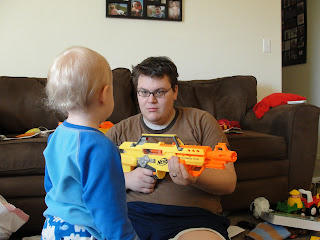 But gave up in the end because he's a softie daddy. 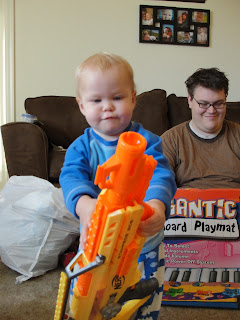 The loot from Gabe's stocking. After opening up his Cars cars, we had to force him to open his other presents! He just wanted to play cars! 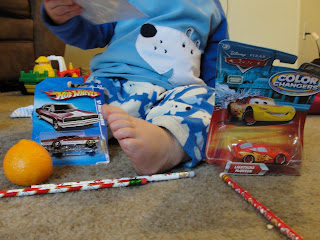 His new cars, the Charger, Lightening McQueen, Flo, Ramone, and the "woo woo" Grandma got him from Germany. 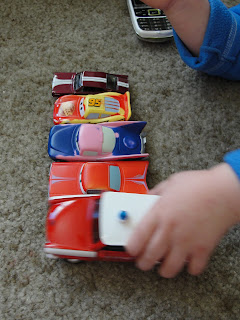 I was a lazy picture taker but I got a new nativity set, Fiestaware, new clothes, new cleats, shin guards, and soccer balls and a bike trailer for Gabe! Gabe got a darling stuffed barn, a floor piano you step on, a train set and some wonder markers. Nate got a Spanish sword letter opener, a steering wheel cover and a huge pile of lumber to build a workbench. It sounds like I really made out this year! Sheesh! Apparently I need to be giving more!
Playing a board game with our friends Jesse and Camry (and pretty much the one picture I have of Emma..) 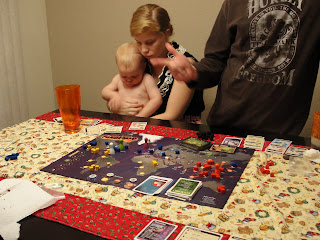 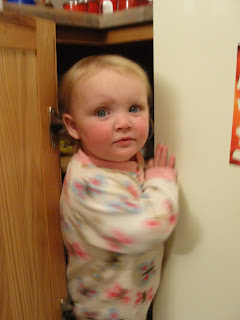 Gabe and Lyla on the floor piano 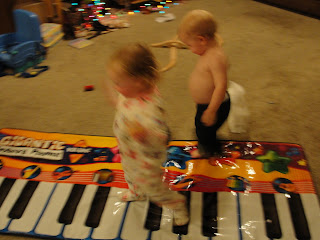 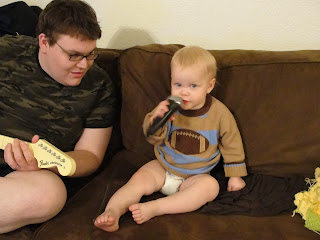 This is how I feel after the holidays. Whew! 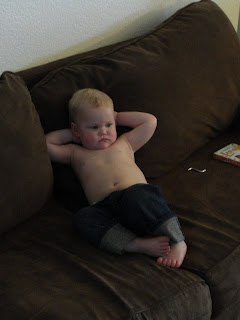 Love your new posts! Gabriel is so cute in his pictures.

i love the last picture! he is hilarious!!